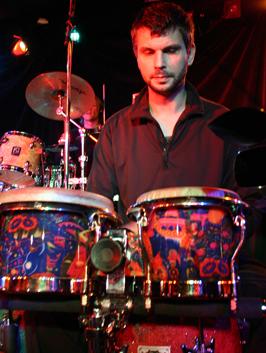 Gunnar Nesterov, born as Hess is known as a percussionist and has been playing since 1990 in different bands such as Ruhrcraft, Jamiro-like, Fritz Brause Band etc. He has also played at the Duisburg Philharmonics as a guest musician.

His first musical career with drums was in 1989. In 1998, he began his music studies at the Conservatory SAXION Hogschool Enschede and specialized in percussion.There, he was a student of the world known percussionist- Nippy Noya.

His style of music is among other things influenced by nature, trance and herbs.