Nippy Noya, who was born on February 27/1946 in Makassar, is an Indonesian percussionist and one of the most famous conga players in Europe. 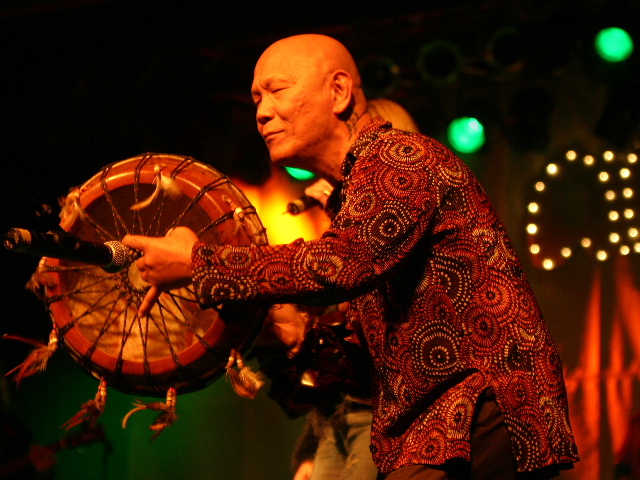 Nippy was born to the Japanese taiko drummer Fusao Nakato San on the Indonesian island of Sulawesi. At the age of ten he began to play drums. In 1968 he came to Europe. First he lived in Amsterdam. There began his professional career as a conga player in the percussion rock band Massada. In the following years he played with well-known great musicians like Peter Herbolzheimer, John McLaughlin and Jan Akkerman, accompanied among others the tours of Eric Burdon, Peter Maffay, Udo Lindenberg, Gitte Haenning and Herbert Grönemeyer.

Noya was involved in more than 200 CD and record productions and was also often available for international TV productions. Besides his favorite instruments – Congas and the Kalimba, he also mastered Bongos, Campana, Guiro, Cabasa, Shekere, Caxixi, Triangle and the Berimbau. He is in the traditional music of South America equally at home like in contemporary jazz, rock and pop music.